How Rapid Prototyping Is Used 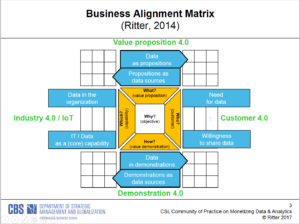 Rapid prototyping is a group of techniques that can be used to quickly build a scale model of a part, or a finished product, using the latest three dimensional computer aided design applications. The first RP technique was developed in 1986, and was known as steno-lithography, since then there have been other related techniques introduced and made available to professionals.

Rapid prototyping is also known as computer automated manufacturing, layered manufacturing, and free-from manufacturing. RP models have improved the efficiency of various products as testing is made easy. For example, if an airfoil shape needs to be tested to ensure the correct aerodynamics, an RP model can be built which can then undergo various performance analysis tests in a wind tunnel.

Usually, an RP component would not be strong enough to be used as the finished product, this is because the material which it is made from may not have adequate strength, though in certain cases it would be possible to fabricate a part which would be put to direct use. An RP model makes an excellent template for molds and casts which are required by the tooling industry.

There is a wide selection of experimental RP techniques now in use or being developed. It is believed that in the not to distant future, processes such as selective laser sintering, laminated object manufacturing, solid ground curing, ink jet printing, and fused deposition moulding will revolutionize the manufacturing industry and the world we live in.

There are many advantages available through the use of rapid prototyping design technology. For a start the process can help to reduce development time considerably, it is also believed to help reduce the occurrence of costly mistakes during the design stage. The lifetime or longevity of a product can be extended through the use of RP by eliminating any redundant features and making changes that would increase a product’s take up.