Gabion is made of wire-coated zinc heavy galvanize wire with double twist (double twist) which forms a hexagonal hole with a way tied firmly between the sides. The strength of the gabion itself lies in the tensile strength, the galvanized coating that makes the wire less rusty, and the double winding force in the woven hexagonal hole so that the webbing is not easy to decompose. 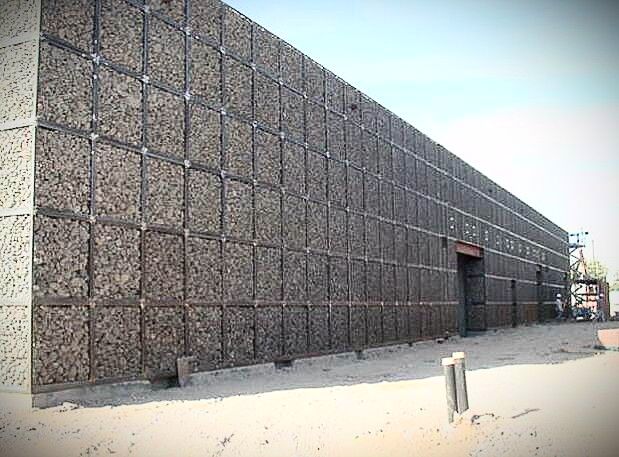 Function or usefulness of gabion or bronjong:

Gabions is originally a functional material in use as a protective wall of the cliff so as not to easily collapse due to landslides and or used as a protector of the river basin so as not to easily erode and collapse. We are not personally aware of the origin of this gabion whether it is a local cultural product or imported from abroad.

Although gabions tend to be more extensive and more diverse the product but the main feature of both is very similar ie wire basket is filled with rocks. Gabion (derived from Italian gabbione meaning “big basket”) is a cylindrical basket or box in which it is filled with rocks, concrete and or the like which are used for civil engineering, road construction, military and landscape applications where its main function is in use to control erosion.

The advantages of Gabion:

Abroad the implementation of this system to various design elements is growing very rapidly, the gabions is no longer viewed only as a functional application, but is progressively developed into aesthetically appealing process. The wire gabion wire has grown to vary greatly in order to compensate for this change and now the gabion has been widely recognized as a more dynamic application.