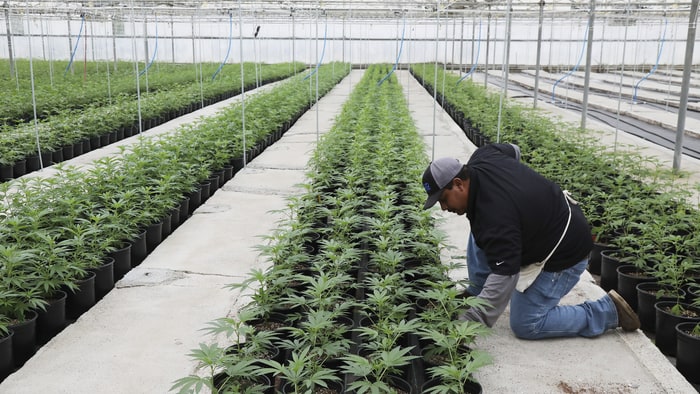 With the legalization of pot for recreational purposes is bound to affect the state in various ways. You should note that the proposition had an easy victory in November last year. Boasting of the coveted cannabis strains of the North, the welcoming edibles scene and the growing tech industry scene in Silicon Valley, California is poised to become the world’s leading marijuana marketplace.

Legalization of marijuana is likely to double the state’s marijuana market in two years from $2.8 billion to $6.5 billion in 2020. However, the legalization is not as simple as flipping a switch. The state is experiencing a nightmare of regulations which they must untangle by January 1st, 2018 when the state will be open to license applications for businesses to begin selling recreational marijuana.

The move allows Californians who are over 21 years to transport, possess and buy up to 28.5 grams of pot and to use it for recreational purposes. This is an extension of the law that in 1996 legalized medical marijuana in the same state. The state is the largest of the five states that were in consideration of legalization of medical marijuana was seen as a great milestone towards the legalization of marijuana nationwide. Four other states Oregon, Washington, Alaska and Colorado, have also legalized pot.

The initiative allows adults to grow a maximum of six Cannabis Sativa plants for recreational use. Besides, the action allows the sale of marijuana by licensed shops with a 15% excise tax. Although the measure’s passage allows people to immediately start taking marijuana for recreation purposes the establishment of facilities for recreational marijuana cannot be put into use until the beginning of 2018.

The legalization of marijuana sets off a scramble by local governments to prepare the state for a system that can legally sell and buy marijuana for recreational purposes. It continues to be illegal to smoke marijuana in public spaces and in the areas where tobacco use is outlawed with the inclusion of theaters and restaurants. Violators of such rules will face fines.

Smoking marijuana is also prohibited within 1000 feet of a daycare, school or youth center when children are present. In addition, just like for other drugs, motorists cannot smoke marijuana while driving. The initiative bars the marketing of marijuana products to underage which means that ads cannot use cartoon characters, music, symbols that would be appealing to those who are underage.

Federal law continues to designate marijuana as an illegal drug, and the media is not allowed to advertise an illicit drug. Businesses embarking on this new business venture will have the opportunity to use services that allow their stores to attract high traffic and handle the high volumes of work that will be at their disposal.

After the legalization of marijuana, it’s time people started looking at the issue in a new way. It will be seen as a product that is perfectly acceptable for adults to engage in a responsible way. That is the central message that legalization will send. Thanks to the long trace and track system that will follow cannabis from seed to storage, when a label says that you are looking at the state’s finest, you will not have any doubt.