What Does a Recall Mean For My Company? Understanding The Recall Process 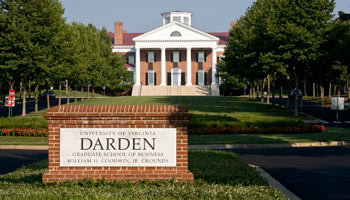 Recalls within the food industry seem commonplace. The damage is often televised from the mass store shelve strip-down to the stock market losses long after the issue is resolved. Recalls in other industries, unless they involve catastrophic injury, go on without so much as a byline in the mainstream media. In pharmaceuticals, drugs that allegedly kill or maim get the headlines. Others recalled are disposed of seemingly without fanfare, like the 1,742 drug recalls that took place in 2009. So what does this process look like behind the scenes?

Contamination, formulation mistakes, or unforeseen side effects are some of the general causes of a drug recall. Once a problem is found, the current batch production is halted while the source of the recall issue is found. If it isn’t discovered as an isolated problem, the operations are suspended while further investigation is performed. Stopping production is a costly endeavor, but it is the only way to ensure that the affected drugs are contained.

The U.S. Food and Drug Administration will probably assist you in investigating the origin of the product defect. The defect itself is identified and precaution taken to protect to the exposed public from further harm. Once the problem is discovered, the FDA will take measures further measures that may include penalties to the company. The process inspection may occur at this time as well.

Extensive inspections that include all levels of drug creation process are performed. This includes the lab where the drug is formulated to the plant and even freight. The type of product defect determines the areas that undergo the brunt of the inspection. For example, metal shavings in the bottle will most likely come from the production phase and not the lab. Equipment and facility cleaning may occur after this phase if necessary.

Once the problem is resolved, the supplies will need to be restocked. This means restarting the factory, gathering orders, and soothing the probably uneasy minds of retailers. Lengthy operations may require some advertising or public relations magic before the sales and retail orders return. Drugs found to be hazardous after the investigation and inspection will not return to the market, of course.

The FDA decision can end up in court, along with any lawsuits filed by affected victims. Companies undergoing a recall have their legal teams working from the beginning in anticipation of the litigation to come.

Drug manufacturers have protocols to follow that generally follow this path. Most cases are resolved outside the headlines. However, once the spotlight is shined on the recall, extra precautions may be added.