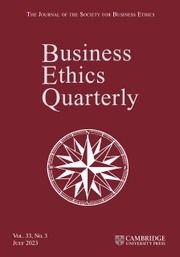 It’s no secret that China is now facing similar issues to Japan in the 1970’s, it has a booming economy built on producing large quantities of whatever the world wants. The problem is that the economy has created wage inflation which means that manufacturing in China is no longer as cheap as it once was. Thus manufacturing is beginning to see an outflow to countries with cheaper labour costs.

What that means in practice is that China must begin to concentrate on quality, where once “Made in Japan” was synonymous with “cheap rubbish” now “Made in Japan” is an indicator of great quality, well built, high standard goods. Japan achieved this through a platform known as “Kaizen” which was later exported to a flagging US manufacturing sector in the form of “Total Quality Management”.

While the methods may have changed over the years, to include lean manufacturing and six sigma, the principles have not. Consumers with high disposable incomes are willing to pay extra for goods that last, and if China wishes to continue to grow its market share it must begin to focus on quality. This has been well known by Western expatriates in the country for a long time, but it seems to have been a point that has passed the government by until now.

This week the Ministry of Commerce announced that there will be a national focus on improving export goods quality for the next year. This is built on the concerns that years of booming growth may slow over the next year as overseas demands slump due to the factors of poorly performing economies and new entrants such as Bangladesh muscling in on the low end, low cost manufacturing.

The minister himself has acknowledged that trade growth may only continue if Chinese products are seen to be guaranteed as high quality, and there is cautious optimism that this route may also prevent the frictions of “anti dumping” lawsuits in many of China’s major export markets.

The theory behind this is that better made goods will be more expensive to produce and export, and thus pricing will come more into line with that expected in the EU and the US, the two high value markets the country depends on for internal growth.

Given this focus there are clear opportunities for training providers who can offer quality management programmes for the manufacturing sector in Chinese. The adult education industry is a low cost entry-point for companies in China with minimal regulation, unlike the children’s education sector which is very heavily regulated.