Isopropanol Production And Its Important Uses 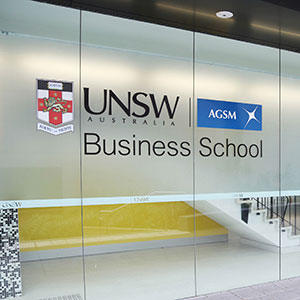 Isopropanol is a widely used chemical and is known for its solvent properties. It is also a popular chemical that is relatively safe. Thus, it is available in stores and you can readily buy its dilute forms in grocery shops as the popular rubbing alcohol. The liquid is colorless but with strong odor and it is extremely flammable in its concentrated or pure form, but its flammability is significantly reduced through dilution. It comes by many synonyms such as Propan-2-ol, Propanol, and isopropyl alcohol. It can also be written as C3H30.

This compound is prepared through the combination of propene and water and there are two processes involved in this namely, the process involving sulfuric acid and another process called direct hydration. The first process uses low grade propene and is mainly used in North America while the other which uses high grade propene is used commonly in Europe.

The chemistry involved may be not so interesting but we will mention it a bit here for purposes of elaboration. The indirect process allows sulfuric acid and propene to react to form a blend of sulfate esters. In order to get isopropanol out of the mixture, it is subjected to successive hydrolysis. On the other hand, the direct method uses water and propene which are brought to high pressures with catalysts. In both processes, distillation is employed to separate isopropyl alcohol from the other substances. However, simple distillation alone will not separate isopropyl alcohol from water altogether. No matter how much distillation the mixture undergoes, some water remains, and the pure alcohol compound can only be obtained through azeotropic distillation using agents such as diisopropyl ether or cyclohexane.

Isopropyl alcohol is widely available today just like ethyl alcohol and acetone and it is used as a solvent for many non-polar compounds. Generally, it is not toxic and quickly turns to gas.

The compound is usually used as a cleaning agent and a solvent. As a cleaning fluid, it is usually employed in removing oil contaminants on electronic devices. It is also used to clean computer monitor screens but it should not be used to clean vinyl records. It effectively removes dirt and smudges from mobile phones and other gadgets and is used to get rid of that stubborn glue from sticky labels and adhesives. It may also be used to remove stains on wood and fabrics. It has found its way in the automotive technology as it is used to eliminate brake fluid traces from hydraulic brake systems to stop the brake fluid from contaminating the brake pads.

In biology laboratories, it is used to preserve specimens and it is preferred at times since it is a nontoxic alternative to formalin. Concentrated solutions ranging from 90% to 99% of this alcohol are used for specimen preservation. The lower concentrations of isopropyl alcohol are used as disinfectant. Rubbing alcohol solutions sold in grocery stores and pharmacies contain 40% or 70% isopropyl alcohol while disinfecting pads actually have about 70% isopropyl alcohol solution. Because it quickly evaporates, it is used as a drying agent in the prevention of ear infections like otitis externa. In molecular biology, it is used in extraction of chromosomes from cells with the aid of detergents.

This substance is the chief constituent in gas dryer fuel additives because water alone poses problems in cold weather. Water in fuel tanks freeze in winter and causes problems, which can be solved by addition of alcohol. The solution freezes at much lower temperatures eliminating the risk accumulation of ice in tanks. If you check out your windscreen de-icer in aerosol cans, you would know it contains isopropyl alcohol. It quickly dissolves ink from markers making it a good whiteboard cleaner.